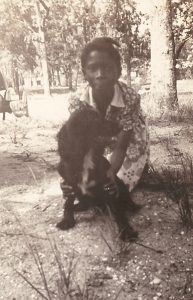 Poplar Grove Plantation, as part of the National Register of Historic Places and as part of the Gullah Geechee Corridor established by the National Park Service, reflects the traditions of  a diverse community of enslaved people in southeastern North Carolina, and in particular what then became Pender County during the Reconstruction Era.

Poplar Grove Plantation provides a culturally rich opportunity to explore local and regional Gullah Geechee history as it relates to the enslaved families whose agricultural practices, including the cultivation of peanuts, sweet potatoes, and melons and whose heritage arts skills, such as basketry, weaving, and blacksmithing, directly contributed to the wealth of the white Foys and the economic sustainability of this particular part of the Corridor.

Linking the history of the Foy family’s enslaved with the history of the Gullah offers a lens through which to view the daily practices of a self-sustaining farm with the appropriate language of its operation.  The cultural, agricultural, and religious practices of the enslaved by the Foy family and their descendants were passed down from generation to generation, once referred to as “natural increase,” dates back to the Colonial period, through the Civil War, and later, the Reconstruction, Jim Crow, and Civil Rights eras.

Through the efforts of the National Park Service to establish this Corridor, “the Gullah Geechee story represents a crucial component of local, regional, and national history.  Preserving and interpreting Gullah Geechee culture and its associated sites is significant to people of all racial, regional, and ethnic backgrounds and is vital to telling the story of the American heritage” (NPS 2).  Only recently has Pender County, North Carolina, and St. Johns County, Florida, been included in the expansion of the Corridor. 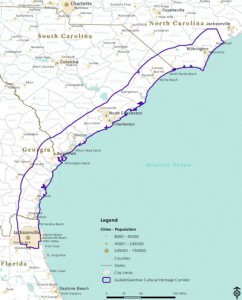 What is the Gullah Geechee Corridor?

“The Corridor represents a significant story of local, regional, national, and even global importance. The Corridor encompasses a cultural and linguistic area along the southeastern coast of the United States from the northern border of Pender County, North Carolina, to the southern border of St. Johns County, Florida, and 30 miles inland. This area is home to one of the country’s most unique cultures, a tradition first shaped by enslaved Africans brought to the southeastern United States from the primarily rice-producing regions of West and Central Africa” (GGCHCC 8).

Who are the Gullah Geechee People?

“Gullah Geechee ( \ˈgə-lə\ \ˈgē-chē \ ) people are direct descendants of Africans who were brought to the United States and enslaved for generations. Their diverse roots in particular parts of Africa, primarily West Africa, and the nature of their enslavement on isolated islands created a unique culture that survives to the present day. Evidence of the culture is clearly visible in the distinctive arts, crafts, cuisine, and music, as well as Gullah Geechee language. The culture is embodied in diverse patterns of social organization reflecting the intimate and private ways communities and families meet the challenges of life.

The culture is manifested in a system of practices/principles that emerge from: (1) the diverse African origins of Gullah Geechee peoples, (2) intense interaction among people from different language groups, and (3) generations of isolation in settings where enslaved Africans and their descendants were the majority population. The isolation continued after the Civil War ended in 1865. A hostile society led Gullah Geechee communities to remain unto themselves for almost another century. Customs, traditions, and beliefs continued to develop, often in opposition to segregation and oppression from the dominant society” (GGCHCC 5).

The heritage arts most associated with the Gullah Geechee culture include basket-making, weaving and blacksmithing. Trade Relations among European and Africans, according to the Metropolitan Museum of Art, notes that as early as the 15th century, and “Contrary to popular views about precolonial Africa, local manufacturers were at this time creating items of comparable, if not superior, quality to those from pre-industrial Europe. Due to advances in native forge technology, smiths in some regions of sub-Saharan Africa were producing steels of a better grade than those of their counterparts in Europe, and the highly developed West African textile workshops had produced fine cloths for export long before the arrival of European traders” (www.metmuseum.org). 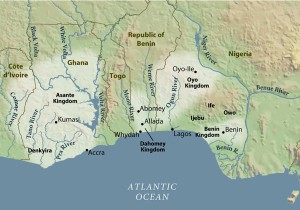 Interpreting and displaying the history of Gullah Geechee culture at Poplar Grove has been a recent development and still underway through a re-examination of primary and secondary sources that have been quietly sitting in filing cabinets here at Poplar Grove since it opened to the public in 1980. 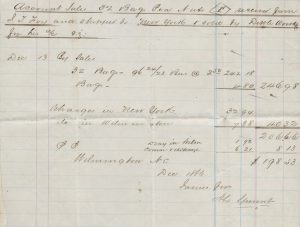 Briefly, Gullah influences are most represented in the agricultural production and slave practices of this former plantation. The Foy family, like other enslavers along the southern seaboard, employed the task system to manage the enslaved men, women and children here at Poplar Grove. The primary crop at Poplar Grove was peanuts, though former historians thought “ground peas” as written in the Daily Diary of Joseph Mumford Foy and in the crop receipts were garden or shell peas rather than peanuts, so the skills and knowledge of the enslaved peoples of the Foys were and have been traditionally overlooked. Peanuts and sweet potatoes, like rice, were a main crop and dietary staple of West Africans by way of the Spaniards, and peanuts and sweet potatoes, and Post-Civil War, melons, blueberries and strawberries, were the major cash crops of Poplar Grove.

The enslaved community at Poplar Grove were purchased, born into, or were bequeathed among Foy siblings and between generations. This is best documented through last wills and testaments and through marriages to the sons and daughters of nearby planters and merchants within a limited stretch of the corridor and, for the Foy family, traces back as early as the 1760s in Craven County, NC.

Unlike the more notable rice, sugar, indigo and Sea Island cotton planters along the Gullah Geechee Corridor, the Foys instead appropriated the skills and expertise of their enslaved to produce a more lucrative and more easily grown crop in this particular area of southeastern North Carolina’s sandy loamy soil. The “goober,” a Gullah word for peanut, was not viewed as desirable for the dining table, let alone a staple of the gentry-class in the first half of the 19th century; however, Wilmington’s exports of peanuts, as well as North Carolina’s export of peanuts, was for some period of time one of the largest, if not the largest, in the colonies, and its export continued to be a thriving industry leading up to the Civil War, in which the peanut then became a staple among troops as an easy and cheap source of protein. The Foy and nearby Nixon plantations were instrumental in developing agricultural practices and emerging technologies to more efficiently harvest this cash crop precisely because of the farming practices and expertise of their enslaved.

Traditionally, basket-making and weaving were the tasks assigned of the enslaved women; whereas sweetgrass as mentioned earlier is the most common material used in coastal South Carolina to make baskets, enslaved women were resourceful and used materials most readily available, and in coast North Carolina, of course, the Long Leaf Pine needle was the most common material used to make baskets. We have a few examples of pine needle baskets in the Basket Gallery.

Food pathways are one of the more easily reflected cultural influences of the enslaved people at Poplar Grove and such pathways descended down through several generations of enslaved Foys who later remained as tenant farmers working and living here and on the nearby Nixon and Davis former plantations.

Gullah culture at Poplar Grove is also reflected in the production of swine, which was the main protein raised at Poplar Grove and an important dietary and income source. The hogs were set loose on the peanut fields after harvesting in the fall to fatten them up (see attached article of Carrie Simmons Ballard 1983) before slaughter in December and January. The meat was smoked in the smoke house that still has the stucco remnants of tabby, a cement mixture of oysters shells, lime, water, and sand in roughly equal parts, again introduced to the colonies by the Spaniards and 17th century slaves.

Like sweetgrass baskets, or more locally the Long Leaf Pine needle baskets, tabby is most often associated with buildings, garden walls, and the floors of slave dwellings of Georgia and South Carolina, but its remnants are on the floors and exterior walls of the smokehouse here at Poplar Grove, and along the main pathway from the manor house to the former peanut fields as well as along the original carriage pathway in front of the manor house, and further back behind the “big house” around the large oaks where the cabins of the enslaved once stood.

The complicated and intimate working relationship between the Foy family and the African American tenant families who remained at Poplar Grove also shared similar dishes through successive generations, and were all raised on Hoppin’ John, biscuits and molasses, sweet potatoes, BBQ and smoked pork, okra and tomatoes, and – because of the proximity of the Atlantic coast – shrimp, fish, and oysters (of course) were daily incorporated into their dishes.

It is through limited examination of archives here at Poplar Grove that the adaptations of Gullah culture in terms of religious practices have been discovered, and new information continues to emerge. However, a more thorough examination is required by scholars in the field to fully understand the resources here on site and within the Scotts Hill community – Caroline C. Lewis, Executive Director, Poplar Grove Foundation, Inc.

This page, and corresponding links, are continually being updated as research continues…